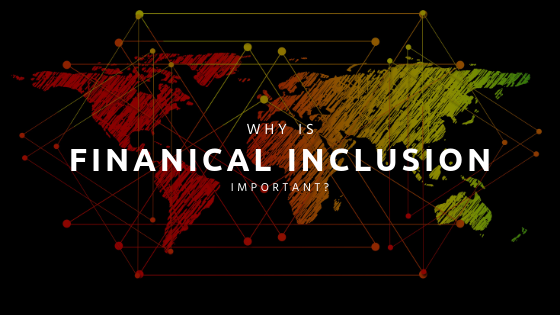 Why is financial inclusion important? 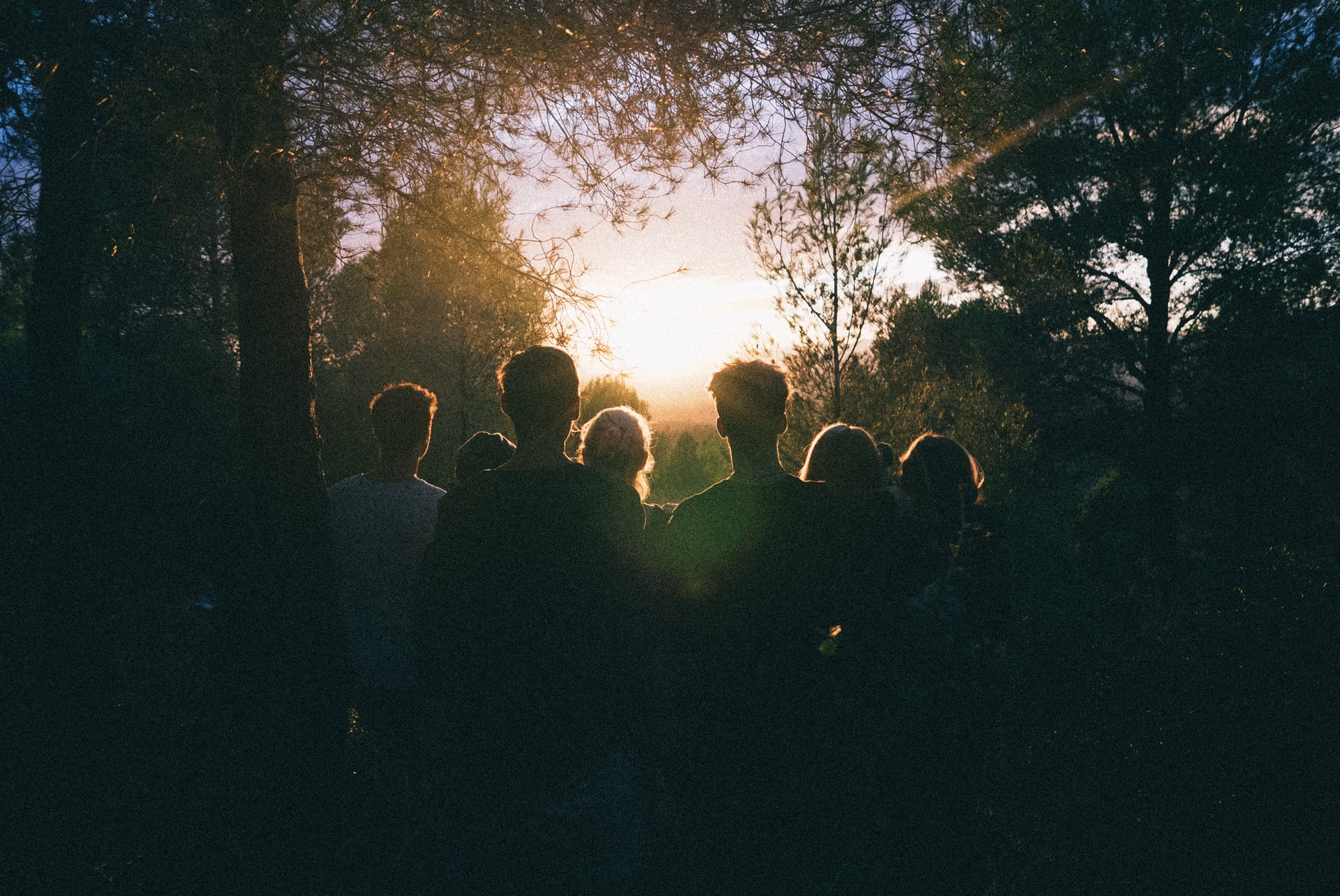 The financial system as we know it, traditionally served a small segment of the global population – most often relatively wealthy people in developed countries. Banking allowed people to store their wealth, transfer money to others without the need for cash, and invest in profitable instruments.

While the system functioned well for people with registered addresses and decent incomes, it didn’t work for the poor – a vast tranche of the global population. Many don’t meet the requirements for inclusion into the system and have to make do with being their own bank.

But new solutions have been emerging for the past ten years and fintech is helping to usher in a new era of financial inclusion because the internet and mobile phones have given us new access and delivery points for services and products. Today, we’re looking at a world where the worlds poorest are able to access financial services, like savings accounts, money transfers, credit instruments, and investing options.

The traditional banking system is designed for countries with networked, educated populations, fixed addresses, and plenty of wealth. But it’s not so inclusive for the growing number of people living in poverty around the world. The definition of financial inclusion according to the world bank, is access to financial services including transactions, payments, savings, credit and insurance – delivered in a responsible and sustainable way.

The traditional banking system is exclusive by design. Meeting the requirements just to get a bank account can be near impossible with no address or ID and this has a trickle-down effect, making every other essential life task more difficult and time-consuming.

A major issue, especially in the developing world, is a lack of fixed or permanent addresses. Many people in cities like Sao Paulo or Chengdu would benefit from being able to access banking services if they met the qualifying criteria. Banks, however, often insist that people have a fixed address before they’re able to open an account. Many of the world’s poorest people can’t afford to move out of makeshift accommodation, limiting their access to services.

Whilst we often think of developing countries in relation to financial exclusion, Australia has more than three million people who either have no bank account or access to financial services. Victims of domestic violence, the homeless, refugees, asylum seekers and other vulnerable people all face similar barriers of address, photo ID and cost.

In some highly populated regional areas, another barrier to being financially included is the lack of financial literacy. There is a huge amount of financial illiteracy across the world and first-generation migrants who have only recently moved to the new megacities in China and India, for instance, may not understand what banking is and the benefits that it offers. Some may even be distrustful of banking institutions and would prefer to manage their financial affairs themselves.

With traditional branch-based banking, there’s the issue of convenience. It can be expensive and time consuming to travel to a bank. For many, it’s just not accessible, and the cost of holding a bank account has always been too high for many.

Can financial services be inclusive?

The good news is that developments in the banking sector may be helping us move towards a world in which even the most excluded people can access financial products and services. Banks, insurance companies, and fintech startups are all investigating ways of superseding the limitations of traditional banking and encouraging more people to enter the system. The hope is that all of these efforts will result in greater financial wellbeing for the world’s most vulnerable and least-connected people.

This is saving on a smaller scale. Little or no fees encourage long-term, slow building of savings. There are also round-up options where consumers go about their regular business, making purchases as they would ordinarily and then use a microsavings app to round-up small amounts in their savings accounts automatically. So, for instance, if they bought groceries for $4.80, they could spend $5 and send $0.20 straight to their savings account. The developers of the tech, including Navag8, hope that it will help people save for things as they go about their daily life. Removing hefty fees invites more people into the banking system.

A similar principle applies in the realm of microinvesting. Even the cheapest of digital stockbrokers may be too expensive for many people struggling financially. A transaction fee per share purchase of $10 is not feasible and the entry point for shares is just too high.

Microinvesting works similarly to microsaving. People make purchases as they usually would, and then round up the price to the nearest dollar, putting the remainder in savings through an app. Often, the user can tell the app where they’d like to invest and how much from a variety of low-cost options. Users can usually top up with extra funds if they have it.

While many people in the developing world lack an address or a formal membership to a bank, mobile phones are affordable. This has led to the development of SMS transactions – a system that allows people to send money with a simple text. Money credits can be purchased from a vendor and then transferred via text to another vendor where the money can be picked up. This has revolutionized payments in parts of Africa, Latin America and India, with people not needing internet access or a bank account.

Traditional banking services cost a lot of money. ATMs and bank branches have substantial overheads, so mobile banking and SMS transactions reduce the cost of receiving or sending money, to little more than the price of a text.

According to the World Bank, 69 percent of adults, around 3.8 billion people, now have access to banking services, a vast improvement from 51 percent in 2011. The gap in banking penetration between men and women in developing countries remains unchanged at 9 percent.

According to Melinda Gates of the Bill and Melinda Gates Foundation, the solution to this problem may not be so much digital innovation, but a change in the way that governments in developing countries pay welfare. The most effective measure for levelling the gap in banking between men and women may be to deposit welfare payments directly into the accounts of women, bypassing male family members.

The benefits of women banking are, according to the Gates Foundation, extraordinary. When women gain decision-making power over how money gets spent in their homes, they get the financial tools they need to drive their family’s prosperity.

Just like in the developed world, entrepreneurs and individuals in developing countries often need injections of capital to realize economic opportunities. Again, for the reasons discussed above, it can be a challenge for people in the developing world to get access to the credit that they need through the traditional banking system. Traditionally, underbanked or unbanked individuals stood no chance, leaving economic gains on the table.

P2P lending platforms, however, are changing this, and not just in the West, but across the globe. Take Kiva Loans, for instance. The Kiva platform allows investors anywhere in the world to lend as little as $25 at a time to recipients in more than 78 countries. What’s more, the vast majority of the money  – more than 96.7 percent – that people lend gets repaid, making it a potentially safe and profitable vehicle for wealthy people the world over.

P2P lending skirts around the traditional banking system by connecting people with excess capital to those who don’t have enough, without the need for a financial intermediary. P2P loans are used for all kinds of things, such as managing livestock, boosting agricultural productivity, seetting up businesses, medical services and providing education.

No photo ID, no problem

Banks need to be able to identify their customers so that they can discover the risks that they pose before they authenticate services. They may also have a legal obligation to perform so-called due diligence to check that they are not providing facilities for criminals to shift money around.

Many people in the developing world, however, are unintended victims of these requirements because they do not have an official photo ID.

Now organizations like the Groupe Speciale Mobile Association are investigating whether there are ways to identify customers who don’t rely on the traditional photo ID. Their idea is to use a kind of digital fingerprint that would allow a bank to identify an individual customer and build a profile of them. Instead of using a paper-based system, banks and other financial institutions would onboard people using digital means, cutting down on both time and cost of identification. The system, the group hopes, will utilize smartphone technology, and enable people to upload photos and information to the bank when applying for services.

Overall, digital innovation is helping to make financial services more inclusive. However, while the role of technology is essential, so too is that of policymakers. People in government and the business sector need to make decisions actively to enable more people to benefit from financial services.

Fintech is not the saviour though and products are only as inclusive as the designers make them. The most successful fintech products are solving a problem for the masses and removing the barriers placed by a system designed for the old world. The new world of finance is being challenged and we can only hope it continues to bring innovation and inclusivity to the forefront.